Darwinians, Lawrentians, Goetz at the controls 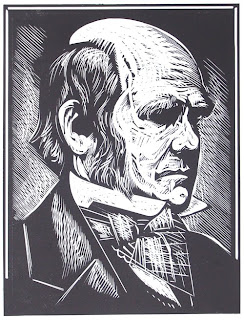 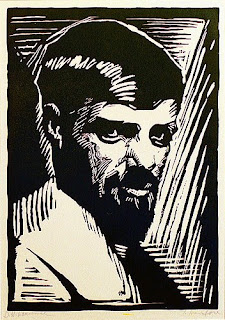 On Monday night Robert Goetz and I took stock of the current state of the score to The Sydney Highrise Variations by the great Australian poet Les Murray. I was thinking the poem was mostly scored, with a patchwork of new original compositions (by Three Fried Men and Goetz himself) and source recordings by Middle Sleep and Frank Heyer, but I wasn't sure. I needed another pair of ears to confirm my hunch and to troubleshoot some perceived weak spots.

My coproducer on the previous poetry score, Go South for Animal Index (and cowriter on most of the new songs for Sydney Highrise), Matt Fuller, lives in Hollywood. If we are going to finish this score this year, as planned, I will need to make some progress in Matt's absence. My other go-to guy for this stuff, Adam Long, who masters our recordings, is tied up engineering and mastering yet another Broadway original cast recording (and expecting news of one or more Grammy nominations today!), so it was up to me and Goetz - if Goetz would have me; and he did.

He had me over to his newish house in Dogtown, shared with his gal pal Susan Schultz, of Maid*Rite fame, who is expecting the next generation of the GoetzSchultzes - a ridiculously histrionic fetus who posed for three ultrasound portraits, alternately mugging for the camera, waving to the camera, and doing something that can only be described as a prenatal variant of "raising hell".

Goetz has transformed the top floor of the house into a low-budget recording studio, where he has been getting very good resuts with his Songs of Hate project. We settled in with some Schlafly Imperial Stout out of the growler and Bell's Amber Ale out of the bottle, and we paid some focused listening attention to the current mockup of the score, a motley collection of song sketches and source recordings, at times blended with the poet's own reading of the poem, which I recorded in Long Island City with an off-duty Turkish nightclub deejay some seven years ago.

The good news: Goetz concurred with my judgment on the overall health of the score, as suggested by the mockup, and brushed away my concerns with what I took to be the trouble spots, saying, repeatedly, "That's finished" to pieces of music that I feared might need to be replaced. We did a little tweaking, mostly deciding to make the poet's readings go on for longer stretches, with fewer chops and edits. But the agonized search through an O'Fallon 5 Day IPA six-pack carton full of alternate source recordings, looking for just the right snatch of something else, which I had braced myself for, never had to happen.

Suddenly, we were more or less done with the core task for the night, yet it was only 9 p.m., there was plenty of beer in the room, along with recording equipment. Goetz was ready to move into phase the next - manipulating the source recordings and having some fun with them. So we flipped back through the mockup, looking for a source recording that needed some manipulation, yet was itself in its final form - and we found a candidate.

The Sydney Highrise Variations is about the modernization of a city of great importance to the poet, who grew up in rural New South Wales and now lives there again, but went to university in Sydney and has a large number of (mostly conflicted) connections with that city. In Les' judgment, the city outgrew itself and lost its character, its soul, in his own lifetime. He uses his feelings about Syndey and his detailed sense of its history and architecture as a foundation for a set of meditations on urbanization and modernity that take his specific concerns about the city most personal to him to another level - straight up!

The philosophic heart of the poem, I would say, is in its fourth movement (out of five), titled "The C19-20" (as in, the 19th and 20th centuries, in nomeclature suggestive of an airplane model), which we are also using as the title for one of the songs on the score. I had taken a stanza of that section and attached it to a particular source recording that was a candidate for further manipulations. Here is the stanza:
Directly under the flightpath, and tuned to listening,
we hear the cockpit traffic, the black box channel
that can't be switched off: Darwinians and Lawrentians
are wrestling for the controls,
We must take her into Space! We must fly in potent circles!
As a song, this will be titled “We must fly in potent circles!” and the language will be scored with an instrumental improvisation by a group of creative Los Angeles musicians called Middle Sleep. They played and recorded together in the early 1980s in a house on Lookout Mountain in the Hollywood Hills. One of the musicians, Richard Derrick, salvaged their recordings and edited them into an arresting, exciting compilation, that sat unheard in his personal archive until the end of the 20th century (the C20), when Matt Fuller and I turned up on his doorstep in San Pedro.

We were looking for a tour of sites associated with d. boon, the late bandleader of The Minutemen. Richard had been friends and roommates with d. boon and had released some of their home recordings (that I had reviewed for The L.A. Weekly). As I described in my essay about scoring Go South, Richard topped off his windshield tour of d. boon sites by dubbing some of his own music for Matt and me to take away. In that batch was Middle Sleep - which we promptly used to plug some holes in our Go South score and set aside for future reference. I firmly expect to use every track on the record before I am finished scoring poems.

The Middle Sleep piece I assigned to this part of Sydney Highrise is frenetic and spacey, as befits the poetry, and ends with an eerie fugal episode that seemed perfect for the concluding lines of the song, "We must take her into Space! We must fly in potent circles!" particularly as delivered in Les' reading, which becomes suddenly manic at this point.

But Goetz wanted to hear more than just Les reading over the music, which had been my plan. He wanted to try some vocals to it. I liked the suggestion - I sang over a Middle Sleep improvisation for one of the tracks on Go South and already had planned to do so for another, more lyrical piece, for the final lines of Sydney Highrise. So we set up the microphone, loaded the Middle Sleep track into Goetz's recording program on his laptop, and let fly at it.

I went first. With the frenetic pace of the music, the breathless rush of the language and its imagery of wrestling for control, I fell into a punk rock persona, which Goetz matched and modified in his own vocal take. We listened back, heard potential; tried it again. In my second take, I lost the right energy (I am battling a cold), but I got the pacing right, which involved making a refrain out of the line "Darwinians and Lawrentians are wrestling for the controls."

Expanding that one line into a refrain made my vocal much more busy and didn't leave Goetz much space to do his thing vocally. So he did what would have been unthinkable, to me, which is why I love collaboration - he picked up a harmonica and just assaulted this demented piece of avant punk rock. I thought that was highly inspired! He flew in potent circles!

At that, we set aside that tune, pretty sure we had the right pacing - the right blocking, in terms of theater - for the vocal, though no keeper vocal take, plus a harmonica track that will require further modulation and manipulation, but is almost certain to find its way onto the final score.

*
Robert didn't shoot the session and I didn't sketch it, so I pulled some illustrations out of the song's new refrain about "Darwinians and Lawrentians." The portrait of Charles Darwin is by Stephen Alcorn, the portrait of D.H. Lawrence by Iver Rose.
Posted by Poetry Scores at 11:20 PM

Portrait of D.H. Lawrence? I thought it was a portrait of Robert Goetz!

I guess I've been away too long.