"Into the Woods," a poetry score by Christopher Atamian and Ann Hirschfeld 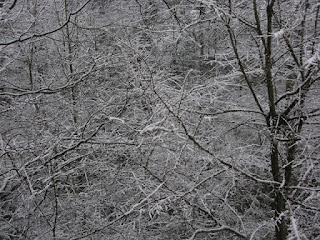 "Grandchildren of Genocide" is a new score of modern poetry from Armenia co-produced by Robert Goetz and Chris King to bear witness to the centennial of the 1915 onset of the genocide of the Armenians by the Ottoman Empire.

Here is one demo from the project: Ann Hirschfeld's score of Christopher Atamian's poem "Into the Woods." Ann scored it as a three-song suite, corresponding to the poem's three numbered parts.

INTO THE WOODS
for N.S.


I
Into the woods I go
Ever faster ever slow
As green gives way to red
I walk along the riverbed
Some trees become fairies
Others soar in lofty aeries
Great armies doing battle
Young lovers kissing, prattle
A history of my world
Told daily, how it unfurl’d
In the morning and late at night
Like a martyr I go into the light.

II
Into the woods I go
Contrite that I do not know
How to save my people
How to pray in a steeple
From Cilicia and Mt. Lebanon
They came
Refugees all the same.
On Riverside Drive I think of them
As a young Orthodox maiden rips her hem.

III
Into the woods I go
Full of hope, full of dope.
I will not fast I will not slow
Just as I want I go.
I do not know many things
As I pull lightly on my silver rings-
Vincennes is what?--3000 miles away
And yet and yet
I think of Sarafian
Night and day.
Into the woods I go
And now blissful it begins to snow.

Other composers of the scores for "Grandchildren of Genocide" include Nick Barbieri, Steve Carosello, Marc Chechik, Robert Goetz, Chris King, David Melson, Tony Pupillo, Sherman S Sherman and Mark Stephens. The composers will perform the scores live at the Tap Room with a little help from their friends.

Other poets scored include Peter Balakian, Gregory Djanikian, Adrian Oproiu, Marine Petrossian (self-translated from the Armenian) and Alan Semerdjian. The poets have all endorsed the project, including co-publication of the resulting songs through Hollywood Recording Studio.

"In This Way," a poetry score by Alan Semerdjian and Three Fried Men 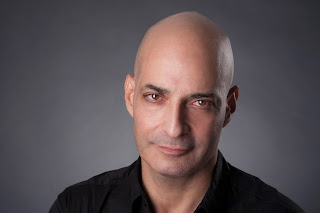 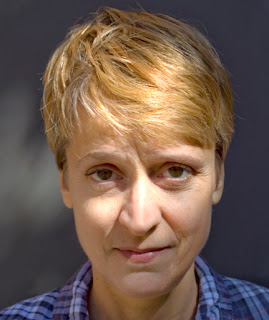 Ann Hirschfeld
Posted by Poetry Scores at 6:58 PM No comments: