Tim Rakel and Carl Pandolfi are the bombs 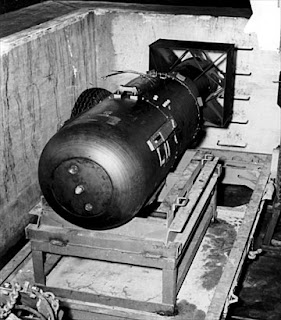 I'm seldom in a position to listen to music on Monday mornings when Tim Rakel is on the air with Graveyard Shift, but this morning I had to hasten home after our editorial meeting at The St. Louis American to watch my little bitty skinny kid, who had school cancelled today due to "inclement weather" that seems to have been much nastier on the school district's radar than it was in the actual neighborhood where the school is situated.

I picked up Tim's show on an old Tom Waits favorite, "Gun Street Girl" off of Rain Dogs, which is likely to never be unseated from my 100 favorite ever records. As I was thinking kind thoughts about KDHX and Tim Rakel, what comes over the airwaves but a song I actually cowrote, coproduced and cosang: "Little Boys and Fat Men," from the Poetry Scores CD Go South for Animal Index.

No surprise: Tim has been playing our poetry scores on the air since we released Crossing America by Leo Connellan back in 2oo3. But still, it was sweet to hear that track, and that's much more than self-congratulation.

When I hear "Little Boys and Fat Men" I hear, first, Stefene Russell's striking poetry, then Adam Long's masterful mix, then Carl Pandolfi's inventive piano parts and bass line, then Heidi Dean's luminous vocal - and, far under all that, the song Matt Fuller wrote with me, and our original guitar and vocal tracks, recorded in a hotel room in San Pedro.

KDHX archives the audio of shows for two weeks, so anyone who doesn't have a copy of Go South can hear at least this one fragment of the score on the Graveyard shift archive. If you do listen in, give some thought to Carl Pandolfi's bass line.

Carl is a degreed composer and veteran local musician and songwriter, most notably and currently with The Lettuceheads. He knows more about the structure of songs than most of us do. I handed him a completely static guitar and vocal track, and he gave it every dynamic that the final track has.

I am especially amazed by the descending bass line at the end of the song. Little Boy and Fat Man, of course, are the names of the nuclear warheads that the U.S. deployed on Nagasaki and Hiroshima to end World War II. Listen to how Carl's bassline drops to the bottom of the mix at the end, coming down, note by note, descending ... like a bomb.

Image of Little Boy atomic bomb in the bomb pit, ready for loading into the Enola Gay, from Atomic Archive.
Posted by Poetry Scores at 3:11 PM

That bass line is one of my favorite moments on the record.
-Dave