Praying for Japan with Brad Gibson and Anonymous 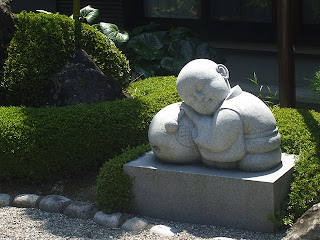 About two years ago, while in Seattle for a journalism conference, a friend of a friend took me out to a local gig, helping me look for someone to write songs with while I was in town. It was a fun night out with good local music, but produced no Seattle songwriting partner.

I went to the pub that night in Seattle to see one band, but went home (as often happens) thinking about another. I was particularly taken with the drummer, Bradley Gibson. I dumped a bunch of Poetry Scores projects on this guy, knowing that somehow, someday, I would try to work with him.

Turns out it might be he who is working with me. The message came today.


I've got a new song that I'm really jazzed about. Not being a wordsmith, I thought I'd throw it your direction and see if something stuck with you. Let me know what you think!

I am a now or never guy. I listened to the song. It's really beautiful. Since it's a healing song for Japan, in the wake of the earthquake, tsunami and nuclear crisis, I thought to score a traditional Japenese text with it.

Thanks to Twitter, which is also how Brad and I keep in touch, I recently read this great essay about protective children spirits in medieval Japan. I have been wanting to make some use of it, and here was my chance.

Rereading the essay, I found this passage about healing:

He (the prime minister) said, “While I was asleep, I was just dreaming that fearsome demons were inﬂicting all manner of tortures on me when a boy with his hair done in a bun on each side and carrying a wand came in the direction of the inner gate and drove the demons off with the wand, till they scattered and ran away. When I asked him who he was, he said, ‘A certain priest of the Gokuraku-ji, grieving over your illness, has been beside the inner gate ever since this morning, praying for you by zealously reciting the Ninnō Sutra, the scripture he has recited for many years. As a tutelary spirit watching over him, I have driven off these evil demons which were afﬂicting you.’ At that point I woke up, and afterwards felt quite well, just as if I had been wiped clean of an illness.”

It is taken from Uji shūi Monogatari, a 13th century collection of Japanese tales.

I thought that might work. I pared it down to a lyric, pulling out a line for refrain and title that seemed to match the feel and intent of the music.


The man said, “While I was asleep,
I was dreaming
that demons were inﬂicting
tortures on me

Then a boy with his hair
done in a bun
came carrying a wand
and drove the demons away.

When I asked the boy
who he was, he said,
"A holy man grieving
over your illness, has been

As a tutelary spirit watching
over this holy man,
I have driven off these demons
that were afﬂicting you.’

At that point I woke up,
and afterwards felt quite well,
as if I had been wiped clean,
wiped clean of an illness.”

The author is unknown, Anonymous, though the translator, Douglas E. Mills, gets a credit, if Brad uses these words. I'd be happy to take one, too, but the Poetry Scores concept hasn't exactly crept into our concepts of music publishing. We have a tradition of crediting the arrangers of other people's music, but not other people's words.

One of the things I love best about the Poetry Scores approach is you get to write songs with people from other cultures and centuries. Who knows what 13th century Japanese wordsmith will be working with Brad, if he tries to make these words work? As for Douglas Mills, it took some sleuthing, but I found a chronicle of Fifty Years of Japanese at Cambridge University. Douglas Mills' memoir starts at page 58.

Prayerful image from Gokuraku-ji (mentioned in the passage the lyric is taken from) from Lissette's Picasa album and belongs to her, not me.
Posted by Poetry Scores at 8:21 PM No comments: