Heather Corley is Guest Co-Curator for Poetry Scores in 2013 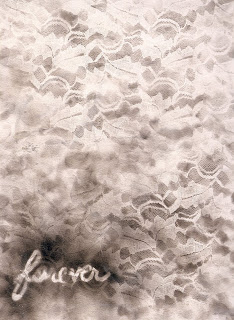 In keeping with a tradition established last year, Poetry Scores has picked a Guest Co-Curator for 2013: Heather Corley. She is a longtime contributor to the Poetry Scores Art Invitational and enthusiastic supporter of the organization.

According to her artist bio for her prestigious Gallery 210 show in 2012, she was born in Houston, Texas, and was raised in St. Louis, Missouri. During her pursuit of a Bachelor of Fine Arts she attended Hartford Art School in Connecticut, Parsons School of Design in New York, and received her degree in printmaking from the University of Missouri at St. Louis in 2004. After receiving her MFA from the University of Tennessee, Knowxville, in 2007, she returned to the St. Louis area. She exhibits in the St. Louis region, nationally, and internationally.

With two women poets, it seemed like a good idea to ask a woman to guest co-curate the season for us. We tend to build upon existing relationships, and Heather has been a regular contributor to our invitationals who has done consistently stunning work for us. Stein's Yet Dish is a formal and conceptual poem, and Corley does formal and conceptual art; Sexton's Snow White is a tragedy of gender identities (among other things); the same could be said for an important strain of Corley's work.

"I'm pleased to hand over the co-curatorial reins for 2013 to Heather Corley," Torch said in a text message while soothing a baby who was not feeling well. "She is one of the most dynamic printmakers and conceptual artists on the art scene today, and her discerning eye will guide the Poetry Scores art exhibitions to their full potential and beyond."

Poetry Scores' projects span years, as the same long poem is translated into visual art, music, silent cinema and whatever else comes along, so Corley already has picked up where Torch left off on one project. Torch was Guest Co-Curator for Poetry Scores' November 2012 Art Invitational to Phantom of the Dreams' Origin by Andreas Embirikos. Corley helped choose a piece from that show for the cover art for the CD that Poetry Scores will produce of Barbara Harbach's score to the Embirikos poem, and Corley is overseeing the package design that starts now.

"I'm thrilled to be Guest Co-Curator for 2013," Heather Corley said in an email. "This is a wonderful opportunity to work with talented people and to offer my enthusiastic perspective within the visual aspects of Poetry Scores."

Perhaps Heather's biggest opportunity is reinventing the Poetry Scores Art Invitational, which is held the second Friday of November at Mad Art. The poem for this year's Invitational is  Snow White and the Seven Dwarfs by Anne Sexton.

The image is Heather Corley's submission to the 2012 Poetry Scores Art Invitational.


Posted by Poetry Scores at 1:13 PM No comments: