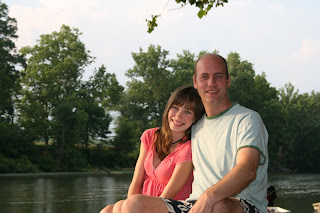 Poetry Scores is an actual Missouri corporation with a board of directors and is somewhere on its long journey to non-profit status, thanks to a series of volunteers from Volunteer Lawyers and Accountants for the Arts, most recently Mathew Posey (that is, synonymously, Poetry). And we have board news: the announcement of a new board member, Stephen Lindsley. To you, Stephen:

*
Hello Poetry Scores folks - I'm Stephen Lindsley, and though my name may not be familiar to you, there's a good chance we have met at some point. St. Louis is a small town, and the number of people doing interesting and creative things on a regular basis is even smaller. I congratulate you on what you have accomplished - the recent news from Turkey is especially heartening. It is good when people notice what you do.

Chris King asked me to share a bit about what I do, so I will do that, as briefly I can.

I am a writer of short stories, non-fiction and poetry, an editor, musician, web designer, photographer and philosopher. I have written freelance articles for publications such as St. Louis Magazine, Sauce Magazine and Decor Magazine. Recently, one of my poems was published in the first online edition of Literal Chaos, a local literary magazine.

I grew up in University City, where I still live with my family. I will be 42 in about a week, and my wife Danielle and I have been together for more than 20 years. We have two kids, Marlowe (13) and Donovan (10), who attend Crossroads College Prep and New City School, respectively.

I maintain a blog called Art-Patrol.com that's all about art in St. Louis. We keep track of new art events, visit as many as we can - often as a group - and then I synthesize and publish our occasional reviews. As founder and bass player of the band Languid I performed all over St. Louis, which I still occasionally do with the subsequent instrumental trio, Fixture.

Languid's first gig was a Hootenanny at the old Way Out Club on Cherokee, where we followed Fred Friction's band The Highway Matrons, which featured a drummer who called himself Toast (the late Hunter Brumfield III). Heidi Dean was our lead singer at that point and Megan Gohil recorded our first demo. I could continue pointing out my cosmic connections to participants in Poetry Scores projects, but that would get long-winded and increasingly trivial.

You can learn more about me at my personal web site - stillness.com - which features several creative projects and collaborations. My best regards to each of you. I'm looking forward to collaborating on future Poetry Scores projects.

Man, that dude is on the ball. I didn't know the half of it. Welcome aboard! Literally!

In other and altogether less good board news, Robert Goetz has resigned from his spot on the board and withdrew for the moment from our creative projects. Robert was a founding board member of Poetry Scores and its predecessor arts organization, Hoobellatoo. He has contributed to all of our art invitationals, donated fascinating experiences to the experiential auctions, and written and recorded two lovely songs for our next poetry score, The Sydney Highrise Variations. His many and varied contributions will be missed, though he has been warned that we will continue to bug him to contribute as an artist.

Robert is survived on the board, and Stephen joins, Serra Bording-Jones, John Eiler, Matt Fernandes, Chris King, Dianna Lucas, Charlois Lumpkin, K. Curtis Lyle, Stefene Russell and I always feel like I am forgetting somebody.

Photo of Stephen with his daughter Marlowe from his Flickr site.
Posted by Poetry Scores at 5:33 AM

Stephen -- Congratulations!! Your mom sent me the link and the information about your joining the Poetry Scores board -- very, very cool.

Just want send you a hooray and a hug.

Quickly: Congratulations Stephen and Poetry Scores! I've known Steve (and his family) for about 9 years now and I have to say that he's a real gentleman of quality whom we're all fortunate to know. Since my involvement with the recent 'Nailed Seraphim' event, I have become increasingly interested in PS and it's doings, but this new bond secures it for me, so high is my regard for Mr. Lindsley.