Translating Greek poetry into food and voice this Sunday 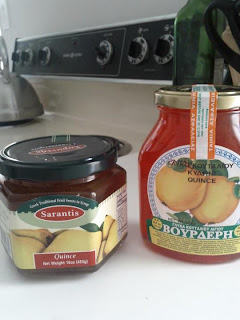 So like I was saying, we are going to try something new with the poem we are scoring for the fall, Phantom of the dreams' origin by Andreas Embirikos, translated from the Greek by Nikos Stabakis. We are going to translate the poem into a potluck barbecue.

Please note we have chopped two hours off an event that was scheduled for 3-8 p.m. We don't want to conflict with a shoot Thomas Crone is doing for Half Order of Fried Rice starting at 6 p.m. on Sunday.

Our concept is simple. Phantom of the dreams' origin is just larded with references to foodstuffs. So we are asking people to read the poem by clicking on that there hyperlinked poem title, pick out a food named in the poem, and commit to bringing that food on Sunday.

The BBQ Dude will have a grill hot, so you can bring something named in the poem to grill. Or you can prepare a dish in advance. The poem names many foods that are tasty raw. The choice is yours. Note that that there original post lists all the foods named in the poem.

Here is who/what I think I know we have coming already:

Roy Kasten will be set up in the basement of Roland's house with a mobile recording studio to record people reading lines from the poem for the poetry score, starting with the part of the poem that mentions the food they brought.

Fun? Fun. Come? Come. RSVP with your ingredient to brodog@hotmail.com.

Images are quinces Stefene Russell is bringing to the table.