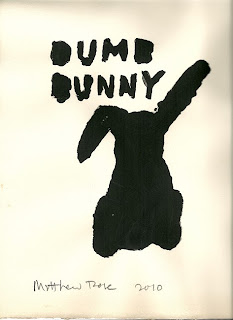 So like I was saying, Poetry Scores is hosting another "Reading at The Royale" 7-9 p.m. Wednesday, July 25 at The Royale public house, 3132 South Kingshighway. It's a free event.

Poetry Scores translates poetry into other media. In addition to five poets (Stefene Russell, Chris Chable, Chris Parr, Kristin Sharp and Uncle Bill Green) and a fiction writer (Edward Scott Ibur) all at liberty to perform their work through the medium of Noah Kirby's sculpture With Solid Stance and Stable Sound, we'll also have some poetry translated into song.

The theme for the reading is "Bombs & Monsters," since we are celebrating the reprint of the artbook/CD of our poetry score to Go South for Animal Index by Stefene Russell, which is a bomb & monster poem.

Ann Hirschfeld will be our guest songster at The Royale, performing (with Mark Buckheit) songs from her poetry score of Snow White and the Seven Dwarfs by Anne Sexton, which she is scoring on our commission with permission from the Anne Sexton Estate. The queen in this poem is a monster!

Here is a demo of a sketch of one song from her score in progress, "Dumb Bunny":

the mirror told,
the queen came,
Snow White, the dumb bunny,
opened the door
and she bit into a poison apple
and fell down for the final time.
When the dwarfs returned
they undid her bodice,
they looked for a comb,
but it did no good.
Though they washed her with wine
and rubbed her with butter
it was to no avail.
She lay as still as a gold piece.

It also picks up, as intro and outro, two separate lines that will have been scored earlier, as they come earler in the poem:

You must not open the door
She will try once more

Image by Mathew Rose, borrowed from http://matthewroseartworks.blogspot.com/2010/12/dumb-bunny-stencil-prints.html
Posted by Poetry Scores at 8:38 PM