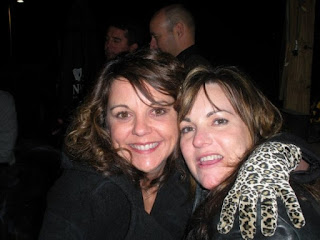 "Grandchildren of Genocide" is a new score of modern poetry from Armenia co-produced by Robert Goetz and Chris King (that's me) to coincide with the centennial of the 1915 onset of the genocide of the Armenians by the Ottoman Empire.

Robert brought the idea to Poetry Scores, initially, to honor an Armenian woman friend of his. That was amazing to me, because one of my closest friends growing up was an Armenian girl, who became an Armenian woman, Monica Fanning (her mother Clara was a Takmajian). Monica had an enormous influence on me growing up -- it's no exaggeration to say I would not be the same person today were it not for her.

I liked the idea of approaching a subject as supremely depressing as genocide from the angle of loving someone who is very much alive. Monica and I were in a best-friendship circle at the time we all began to discover ourselves as women and men, rather than girls and boys, and she and I made some of those precious early discoveries together. Monica was a blunt truth-teller, none more blunt nor truthful. She was also a gifted athlete who could compete with the guys in pretty much any sport, and we played them all together. Really, the unique kind of person Monica is and her quirky beauty -- a very Armenian beauty, as we knew even in middle school -- will always partly define for me what it means to be interesting and attractive.

So this project is not, for me, about genocide. It's about surviving and making love and having children who grow up to make love and have children. That's the beauty, anyway, of the Alan Semerdjian poem title that Robert and I adopted as the name for our project. We are talking about the "Grandchildren of Genocide," which implies that the people survived the genocide, and their children survived to have children. If for no other reason than Monica Fanning, her little sister Leigh Ann Fanning, and their mother Clara Takmajian Waterson, I thank God that the Armenian people survived. 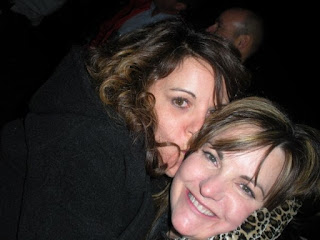 Posted by Poetry Scores at 9:39 PM