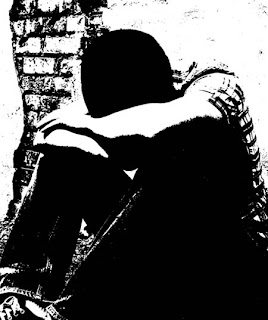 One more song from the chapter in Joyce's Ulysses cast in the form of questions and answers.

I hear this one in my head as a lullaby in a miniature.

Womb? Weary?
He rests. He has travelled.

It would be tempting to depart from the order these words appear in the narrative of the novel, because this wants to be a last song. But I have a few more to go.

*
The complete "Songs from Ulysses" series

"The sailors playing all birds fly"
"And the sun shines for you today"
"Half the ships of the world"
"He rests"
"Less reprehensible"
"Example?"
"Restless. Solitary."
"I'm tired of all them rocks in the sea"
"Pretty pretty petticoats"
"Music without Words, pray for us"
"SIGNOR MAFFEI: (With a sinister smile)"
"Sad music"
"Monkey puzzle"
"What kind of a present to give"
"Fires in the houses of poor people"
"Christfox in leather trews"
"All future plunges to the past"
"She was humming"
"Silly billies:"
"Happy Happy"
"A sugarsticky girl"
"Everybody eating everyone else"
"Blood not mine"
"Sell your soul for that"
"Over the motley slush"
"My childhood bends"
"Don't you play the giddy ox with me!"

Image from Don't Rest Your Head, a game.
Posted by Poetry Scores at 5:36 AM