Poetry Scores will co-host a free screening of its 2013 movie "Go South for Animal Index" at 7 p.m. Friday, May 16 at Nebula, 3407 So. Jefferson at Cherokee, to celebrate the movie's screening that same day at the 2014 International Uranium Film Festival, which is being held at the Museum of Modern Art in Rio de Janeiro, Brazil. 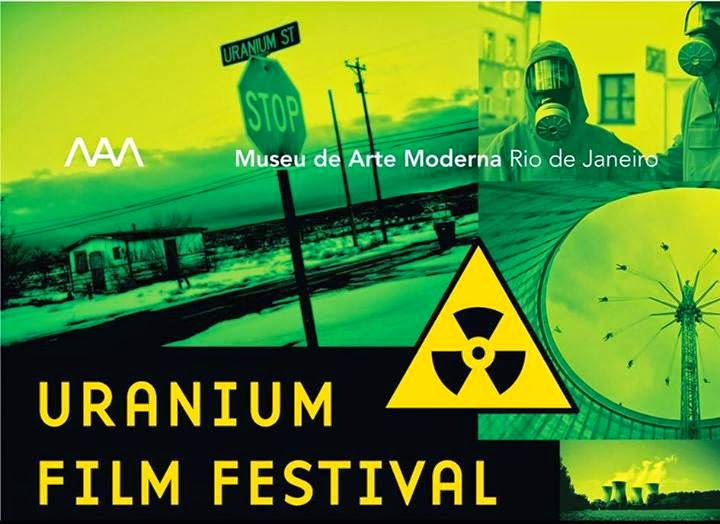 Preservationist and architectural historian Michael R. Allen will co-host and emcee the St. Louis screening. The event is free, but please sign up at Brown Paper Tickets if you plan to attend so organizers can estimate attendance. Nebula is a smoke-free environment. Limited complimentary drinks will be provided, though the public is welcome to bring their own drinks.

Doors for the free St. Louis screening are 6:30 p.m. The program will start at 7 p.m. with brief remarks by Michael R. Allen, followed by a brief  (6:33) micro-documentary about the making of "Go South" produced by Thomas Crone and directed by Andy Alton.

After the documentary, Stefene Russell will read her poem, "Go South for Animal Index," which spawned the movie. Poetry Scores first set her poem about the Bomb to post-punk rock music and then shot and edited a feature silent film to that score.


After the reading, Michael R. Allen will interview Norbert Suchanek, co-founder of the International Uranium Film Festival, in Rio de Janeiro via Skype. "Go South" will have screened earlier that day at the Modern in Rio and Norbert can talk about how the movie was received and how the festival is going overall.

"Go South for Animal Index" was directed by Chris King and edited by Dan Cross. The silent movie was shot and edited to a post-punk rock score of Stefene Russell's poem co-produced by Matt Fuller and Chris King. It was produced by Poetry Scores, an all-volunteer international arts organization based in St. Louis that translates poetry into any and all other media.

To sign up and let organizers you know you plan to come, visit Brown Paper Tickets.

Follows news about the screening on this blog or on the Facebook event page.